Today I got to walk my lad into the playground and get his pic with The Usual Sign. He managed to smile!

Today was also the school swimming carnival. After a quick playground catch up I dashed home to get organised to head out to spectate poolside. 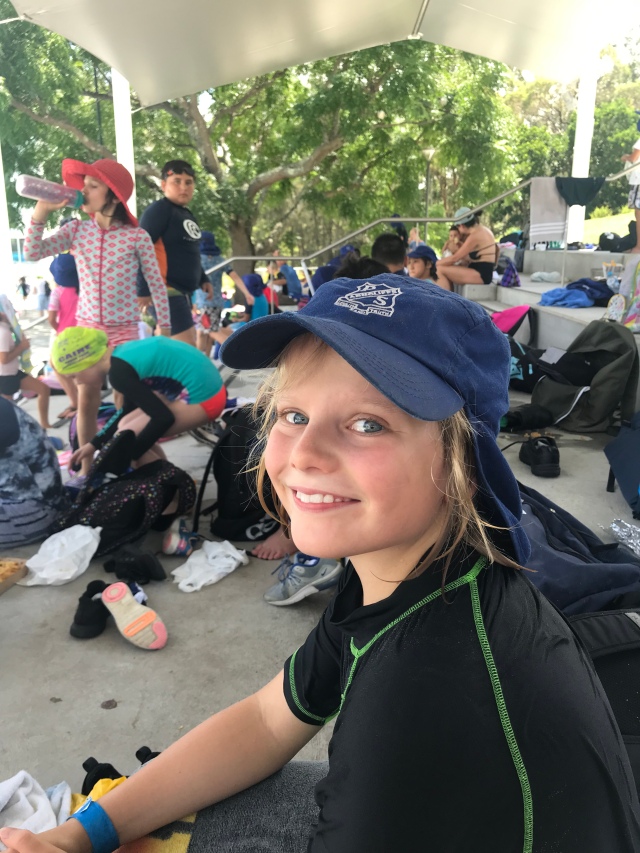 The lad was happy to see me when I did head into the stands. I couldn’t help but think of the first swimming carnival G attended at that school. I walked in a little earlier (as you need to when your child is 8 and competing in freestyle, it’s guaranteed to be the first event). G was sitting by herself in the boiling sunny part of her House’s area in the stands. She had started at the school a couple of weeks earlier and truly knew no-one in her House. An acquaintance Mum came up to me and said “oh, yes, G was with her cousin, in the wrong House area, so I told her to move”. I could’ve strangled that woman. To see your child alone at an event like this breaks your heart just a little. I bundled my kid up and moved into the stand, where we bustled up to a Grandma and another girl who we’d met years before once or twice. They, of course, were happy for us to join them, and G seemed happy that I’d come along and got her into the shade, at least!

So T swam his heart out in the events he chose to participate in, and placed in both.

I had a good chattering catch up day with friends I hadn’t seen for six weeks.

T and I took ourselves off to the indoor pool for a cooling swim after I signed him out. 42C was what it said in the car. I believed it.

After picking G up (as we were kind-of in the vicinity) and flopping about the house cooling down, the executive decision was made to have fish and chips for tea. A new fish and chips place has opened at Rockdale. It’s good. We will venture there again!!

Joe Cool found his sunnies in the car. Handsome dude! 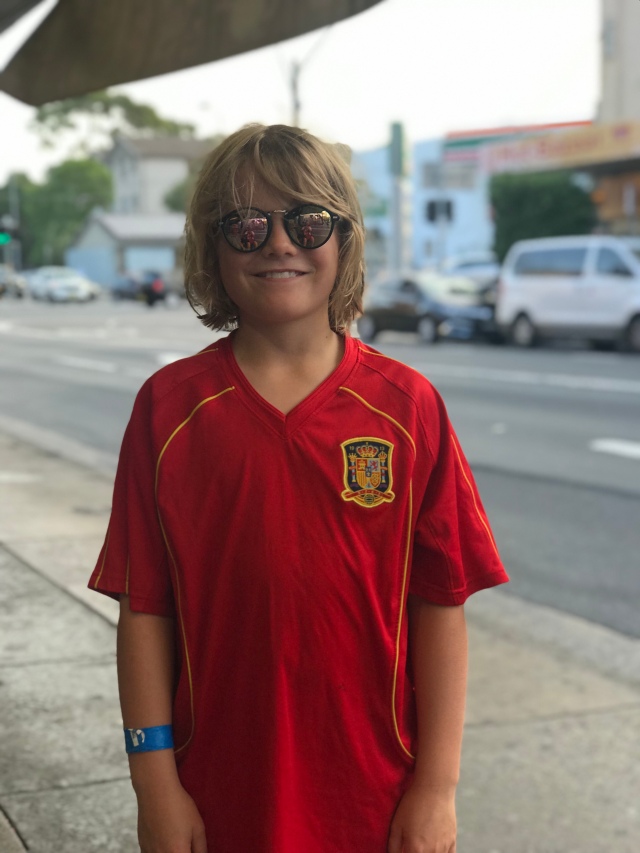