This morning we loaded the car up with kids (ours and the neighbours) and headed in to Mrs Macquarie’s Point, for our almost predictable annual watching of the nautical festivities. I think we’ve been more often than not since our kids were 3 and 1. This was the first time we’d taken in the other members of our Street Gang!

It was a stunning day, Sydney Harbour was as beautiful as ever. I sat there on the picnic rug and thought about all the people who would’ve used it as a lookout point for thousands of years. It was Yurong for the original custodians of this land. Mrs Macquarie was the wife of one of our early governors back when Sydney Town was a penal settlement. The story goes that she would walk across to this point, to Mrs Macquarie’s Chair (a bench carved out of sandstone – it’s still there) and look up the harbour, hoping that a ship might come through the heads with news from England.

Although it is a part of the Sydney Domain, it is hard to imagine it covered in native vegetation, until you realise that there are large swathes of harbour foreshore that make up the Sydney Harbour National Park. So if parts of the northern harbour’s edge was transposed, and more of the rocky harbours edge was exposed perhaps there would be a feeling of an older time, where the tracks were dirt for walking only, and people cane down to fish and look for shellfish on the shoreline.

Australia Day is a strange beast, made even stranger in current times. This year’s is a special case when the day itself isn’t declared a public holiday so those who work on Saturdays are paid their usual wage , and another day is tagged on to the weekend as the holiday.

The harbour sparkled, and the programme of events on the water, and in the air, rarely changes. Favourite things were the fire boat and the old ships, that Opera House and Bridge built when there were only 400 cars in Sydney (apparently!). I have also realised that I love a fly-by!

I’m glad that A suggested we head in this morning. 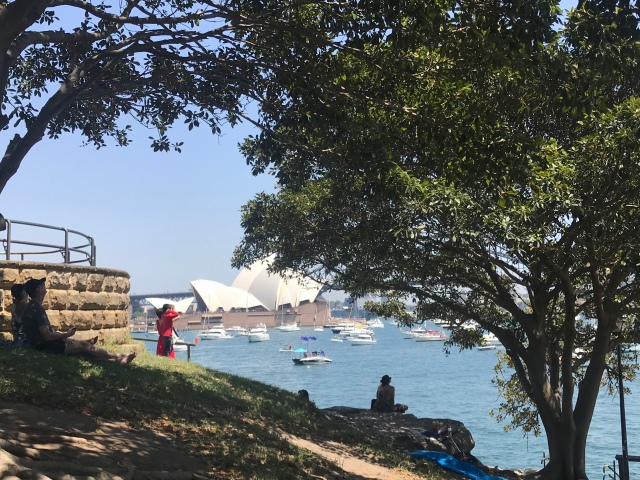 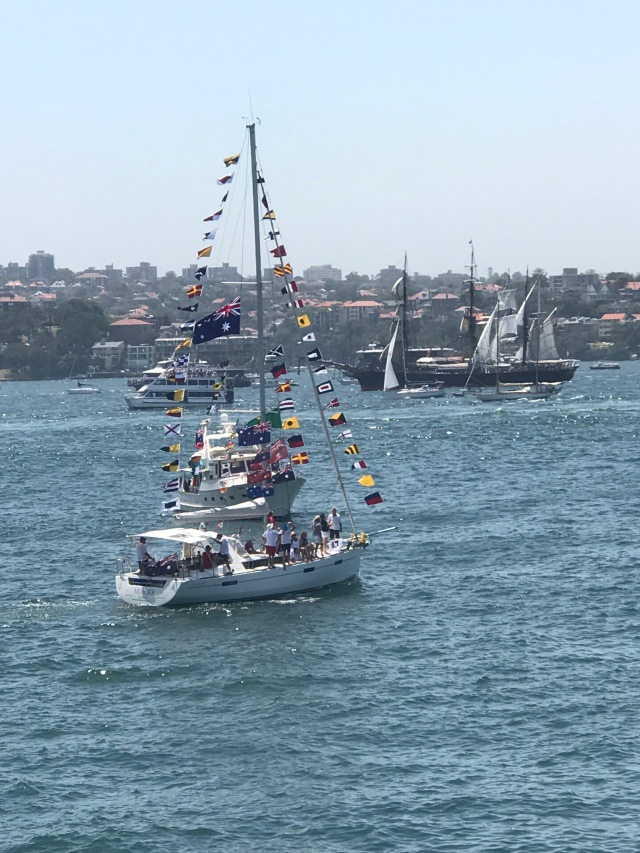 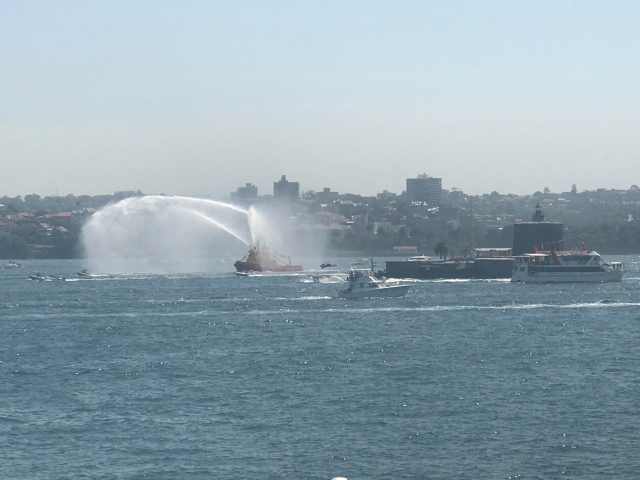