This morning T and G participated in the Weetbix Try-Athlon out at Olympic Park. We stayed overnight right next door, as it was a very early start. 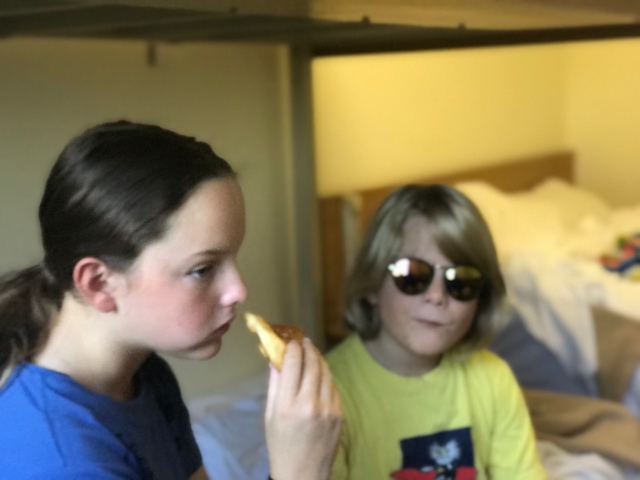 The place was buzzing when we went across the road at 7am. So many participants checking in with their families there to cheer them along.

Firstly it was a stop at Numbering – where the kids got their bib numbers on their arms and legs. These were also on stickers for their bikes and bike hats. 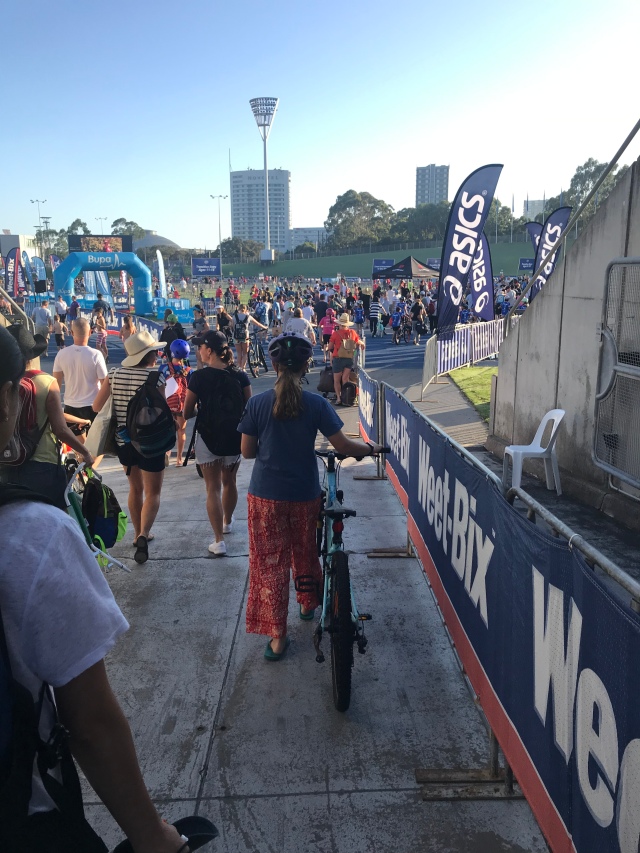 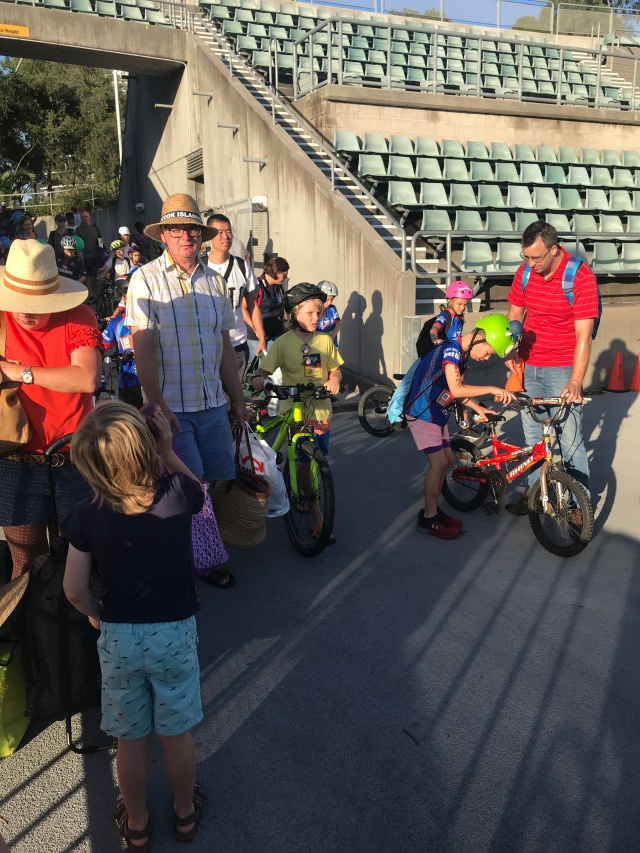 Then it was into the athletics stadium, where the bikes went into the transition area, along with the change of clothes for the bike and run legs.

There was a bit of waiting around in the Village aka the retail and eating and grandstand area. It was a hot old day in Homebush.

Going into the pool viewing area was a blessed relief. Nothing like air con when looking out for your child in a sea of children in the same coloured swimming caps! 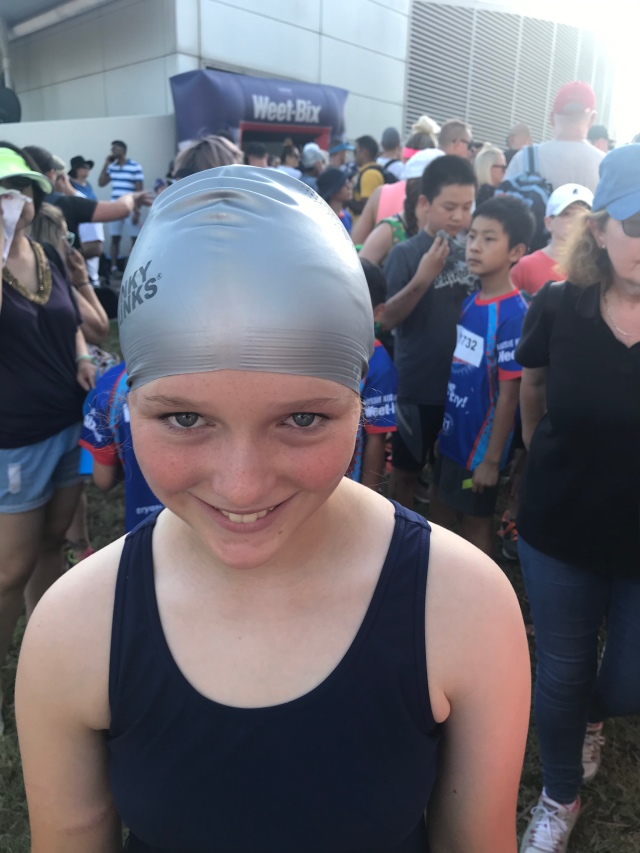 After the swim it was on the the Transition Area for the kids, a quick towel off and into their clothes for the bike leg. Bikes readied and off for that leg.

Transition again and off on the run! I was exhausted just following the kids around from pool to stadium, let alone participating. G was in the second group to head off, and T was in the last – we went back and forth!! 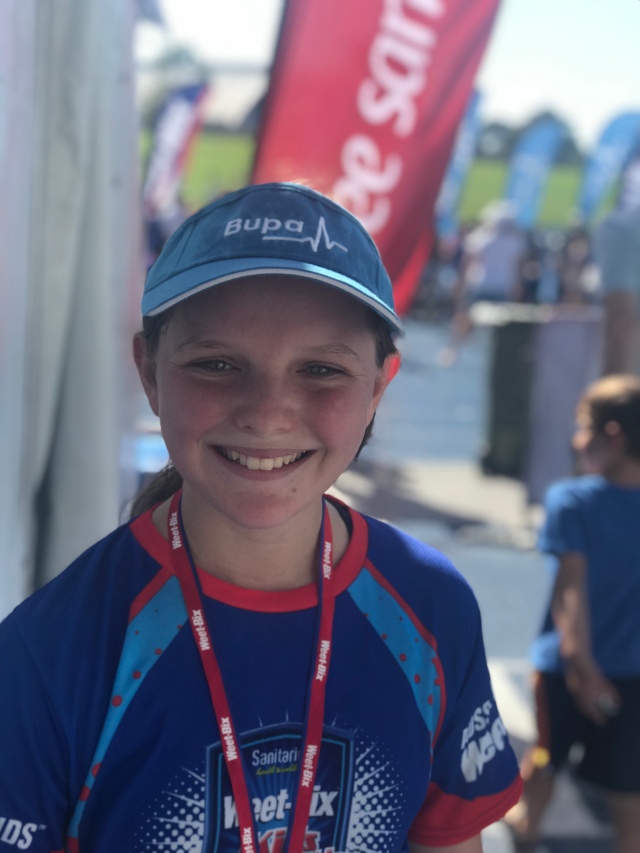 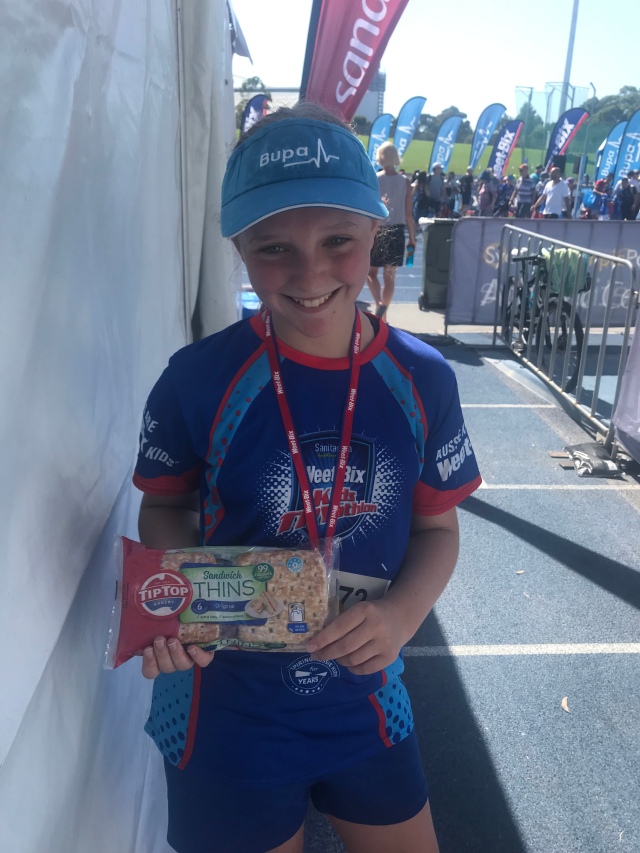 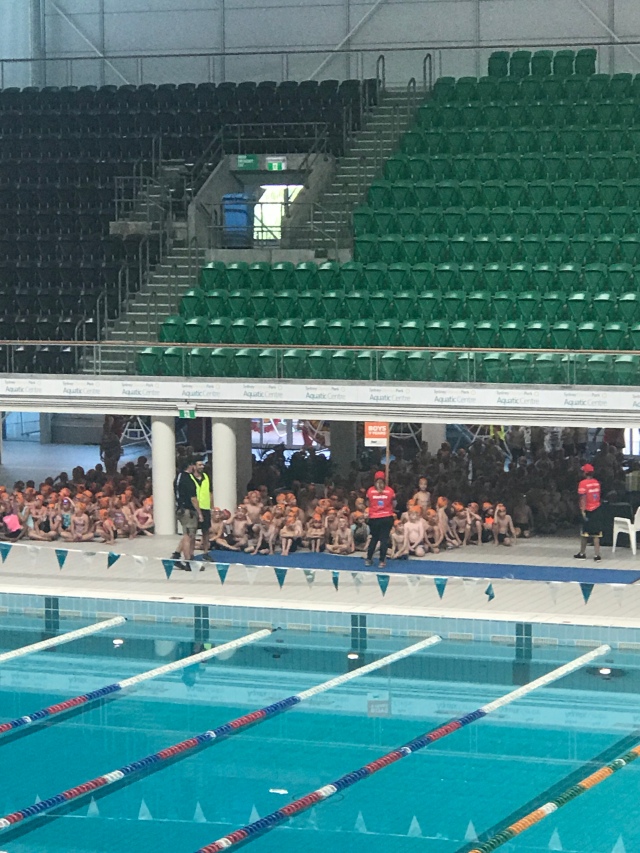 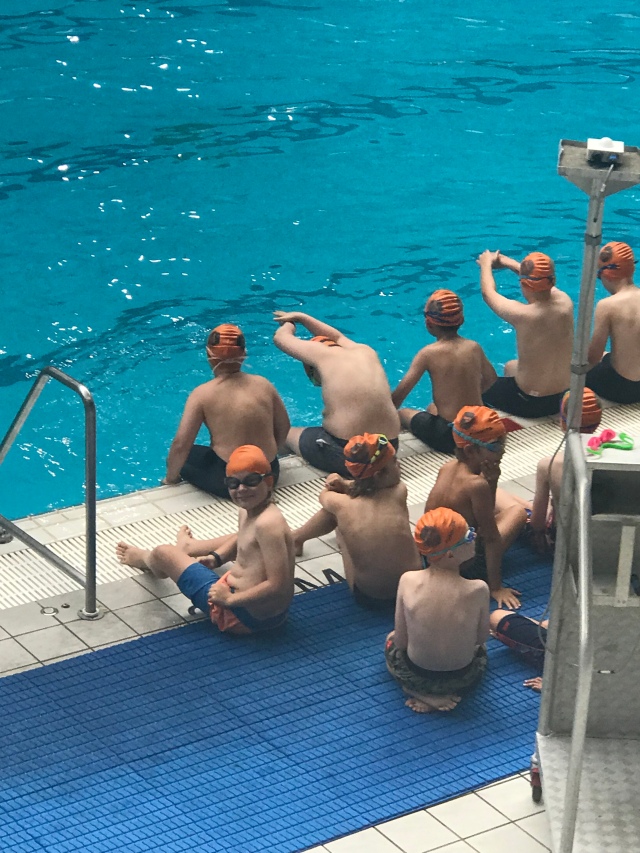 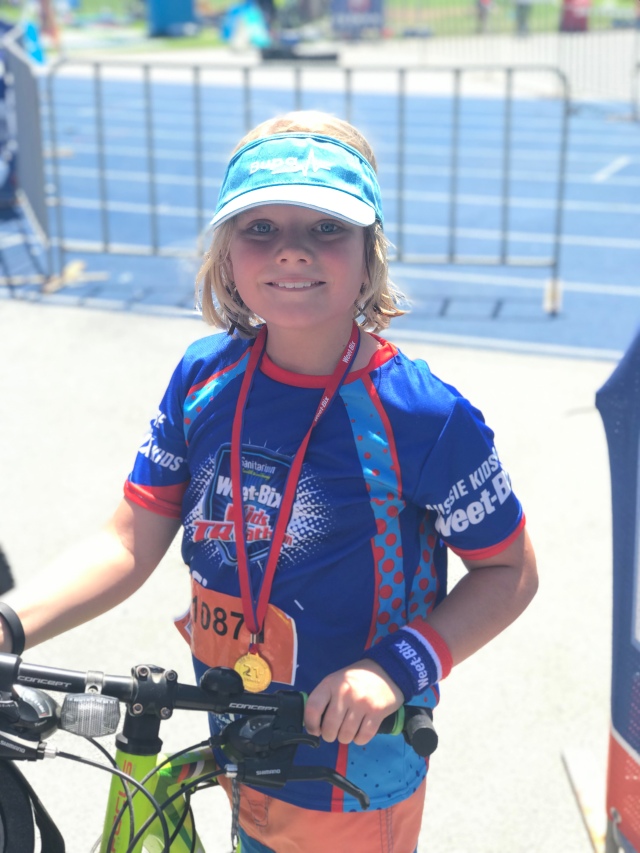 Both the kids did so well. They were proud of themselves, and justifiably so! It was a busy, long morning for all of us.